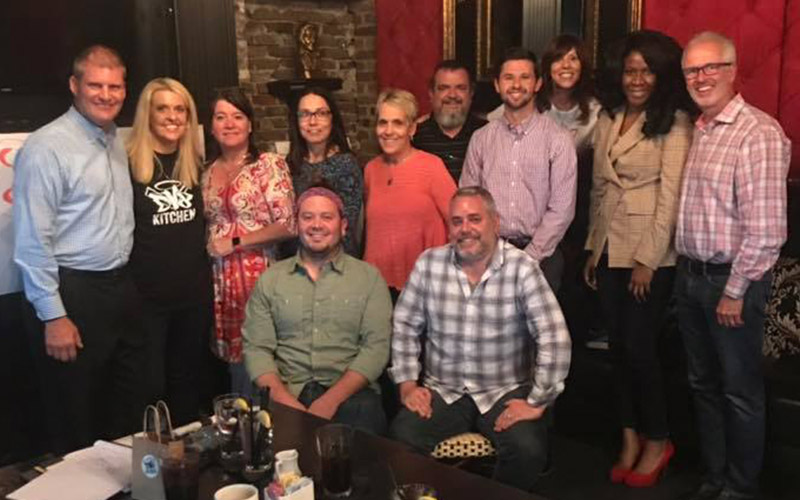 Last week I attended a leadership workshop through Soulfull Enterprises, an organization created by Rob Perez—founder of restaurants Saul Good and DV8 Kitchen.

This life-changing, fully immersive leadership event was based on the model at DV8 Kitchen in Lexington, Kentucky. DV8 Kitchen is a social enterprise restaurant and bakery focused on hiring and training people in recovery from drug and alcohol addiction in order to give them a second chance.

Jay McChord of McChord Inc. presented the workshops along with Rob Perez. It was informative, enlightening and heartfelt.

My takeaway was the “8 & 4 Rule” taught by Jay—a powerful speaker on leadership training and consultant.

You have only eight seconds to capture someone’s attention when you start to talk, so you need to think about what you are going to say before you say anything. The number four represents how many generations there are today and how people interpret what you say in their own way. I hadn’t thought about either of those things before.

Rob Perez and his wife Diane are some of the most hard-working people I’ve met. They take pride in what they do, and it is with excellence. Just because you hire second-chance people does not mean you have second-rate value in people or in the food.

I can tell from the servers, cooks and bakers that they take pride in what they cook and bake and the service they provide.  If you don’t expect a level of excellence, then you won’t have the best.  He has the best.  He loves the people he hires, but they earn what they get paid and the feeling of accomplishment that what they are doing matters.

Their employees (friends) can grow and learn from the workshops they attend through DV8, but he doesn’t try to keep them at DV8 Kitchen. They are free to move on into other careers or paths of life. I like that.